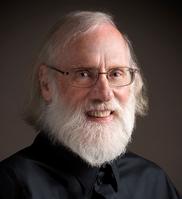 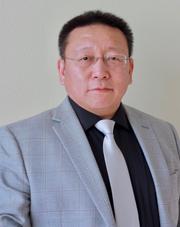 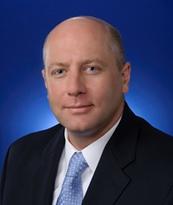 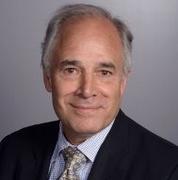 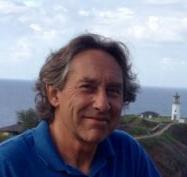 Dr. Yun Long, founder and CEO, Chairman of the Board:

Dr. Long founded Capella Therapeutics Inc. in 2014.  He has extensive experience in drug discovery, especially in medicinal chemistry. His experience was in the areas of cancer therapy (various drug targets, as well as polymer-based drug delivery of anti-cancer agent), non-steroidal hormone replacement therapy, treatment of multi-drug resistant bacterial infection, anti-inflammatory treatment of osteoarthritis and rheumatoid arthritis, and therapy for cystic fibrosis (caused by mutations of cystic fibrosis transmembrane conductance regulator).  He has over 30 scientific journal publications, awarded patents and patent applications.  Dr. Long obtained his BS degree from Tsinghua University (Beijing, China) and his PhD from The Ohio State University, where he achieved world first total synthesis of Jatrophatrione and was awarded Evans Fellowship and Industrial Fellowship from Department of Chemistry and Merck & Co., Inc.  Dr. Long completed his postdoctoral research at Yale University.

​​​​Dr. Alan Lewis, Board Director:
Dr. Lewis recently served as CEO at Medistem Inc, a public regenerative medicines company. He previously was President and CEO of Ambit Biosciences, a public biotechnology company. Dr Lewis also served as CEO of the Juvenile Diabetes Research Foundation (JDRF) and Novocell (Viacyte), a regenerative medicines company focused on diabetes. He was President of the Signal Research Division of Celgene after Celgene acquired Signal Pharmaceuticals where he was CEO. He held a number of positions at Wyeth including VP of Research.  Dr. Lewis received a PhD in pharmacology from the University of Wales in Cardiff and completed a postdoctoral fellowship at Yale. He was awarded an Honorary Fellowship from the University of Wales in Swansea.

Dr. Anderson has deep expertise in target-based drug discovery/development & personalized molecular diagnostics in inflammation and oncology. He built and managed innovative drug discovery and development companies, including Signal Pharmaceuticals from start-up (focused on kinases and other gene-regulating targets) to acquisition by Celgene Corporation and Proprius Pharmaceuticals from start-up (focused on Personalized Medicine and Molecular Diagnostics) to acquisition by Cypress Bioscience.  He was Leader of teams responsible for development of five approved drugs (Procrit®, Leustatin®/Cladribine, and Revlimid® for hematology/oncology indications and Zubrin® for veterinary arthritis use, and Surfaxin® for respiratory distress syndrome), two NDAs, and nine INDs, two Personalized Dx products (AVISE-PG® & AVISEMCV®) for rheumatoid arthritis.  He effectively managed human, technical, and financial resources, represented companies to venture capital and banking firms to raise over $150M, biopharmaceutical partnerships for $150M, over $4M in grants, conducted research leading to the first $1B biotechnology product, Procrit® (Johnson &Johnson), partnered with world-class pharmaceutical/biotechnology companies and academic investigators to enhance and compliment expertise for successful research and product development.

Dr. Anderson is actively involved in all facets of drug discovery and development at Capella.

​Dr. Tony Hunter, SAB Advisor:
Tony Hunter, a Professor in the Molecular and Cell Biology Laboratory and Director of the Salk Institute Cancer Center, studies how cell growth and division are regulated, and how mutations in genes that control growth lead to cancer. His group has made significant contributions in the area of signal transduction, elucidating how signals that stimulate or inhibit proliferation are transmitted within a cell.
In 1979, his group discovered that phosphate can be attached to tyrosine residues in proteins. This seminal discovery opened the door to the study of tyrosine kinases and their role in signal transduction, and in cell proliferation and development, as well as to their role in cancer and other human diseases. This knowledge already has resulted in the development of selective tyrosine kinase inhibitors that provide a new approach to cancer treatment.
His current efforts are aimed at elucidating how post-translational modification of proteins by phosphorylation, ubiquitylation, and sumoylation is used to regulate cell proliferation and cell cycle checkpoint activation in response to DNA damage. His recent work has highlighted crosstalk between phosphorylation and ubiquitylation, and between sumoylation and ubiquitylation in the control of cell signaling pathways, and in particular has defined the role of SUMO-targeted E3 ubiquitin ligases, such as RNF4 family ligases, that ubiquitylate sumoylated proteins leading to their degradation. His group has also defined a role for ubiquitylation in lifespan determination in C. elegans, characterized the consequences of somatic mutations in protein kinases such as DAPK3 in carcinogenesis, and has recently developed antibody reagents for studying histidine phosphorylation.

​Dr. Hunter has advised all of the kinase inhibitor biotech companies including Sugan, Signal, Ambit and several pharmaceutical companies. He is very experienced in the early development of kinase inhibitors for oncology indications and is consulting with Capella to help direct our clinical programs.

Dr. Wild is a visionary and strategic R&D executive with more than 16 years of broad leadership experience in pharmaceutical & biotech settings. He has deep knowledge of the oncology drug discovery & development process spanning both small molecules and biologics. Throughout his career, Dr. Wild contributed to the discovery and translational research of more than 20 highly innovative oncology clinical development candidates including 4 FDA approved agents (Sutent®, Erbitux®, Sprycel® and Tarceva®). He has extensive track record in technology/asset assessment, project & portfolio management as well as building high performance teams/organizations.
Since March 2016, Dr. Wild is the principal and owner of RC Wild BioPharma Consulting, an independent biotech/pharmaceutical consulting firm. RC Wild BioPharma builds on Dr. Wild’s extensive experience in various leadership roles within the biotech/pharmaceutical industry and provides high quality general strategy consulting services to clients in academic centers, biotech/pharma companies, venture capital and other investment firms with a specific focus on oncology drug discovery and development. From 2014-2016, Dr. Wild was employed at Ignyta, Inc. where he functioned as the Chief Scientific Officer and Senior Vice President of Research. At Ignyta, he was responsible for setting overarching research strategy and leading all drug discovery as well as translational research activities within the company. Prior to Ignyta, Dr. Wild worked at Eli Lilly & Company from 2010 until 2014 where he functioned as the Chief Scientific Officer, Oncology Research. In this role he broadly oversaw oncology drug discovery activities from target discovery to clinical candidate selection for both small molecule and biotherapeutic approaches at the Lilly Corporate Center in Indianapolis. Before Lilly, Dr. Wild held positions of increasing responsibility from 2006 to 2010 at OSI Pharmaceuticals, Inc., including Senior Director, Oncology Research, In Vivo Pharmacology, Molecular Imaging & Research DMPK. At OSI, Dr. Wild contributed to the delivery of four oncology IND candidates to clinical development, with continued responsibility for guiding translational research teams for these clinical development programs, including Tarceva®. Prior his tenure at OSI, Dr. Wild spent more than four years at Bristol-Myers Squibb, where he contributed to multiple oncology project teams, including those discovering Sprycel® and the translational research team supporting Erbitux® clinical development. Dr. Wild started his industry career in 2000 at SUGEN, Inc. where he was a member of the Sutent® discovery and translational research team.

Mr. Berlinger is the Executive Vice President of Highridge Partners, joined the company in 1981. Mr. Berlinger is responsible for directing Highridge's European investment strategy and operations. Mr. Berlinger is also responsible for the financial aspects of Highridge Partners, including strategic financial planning, structuring, risk management, and lender and joint venture partner relations. A former Certified Public Accountant, Mr. Berlinger began his career with the national real estate accounting firm Kenneth Leventhal & Co., which today is part of Ernst and Young, where he became a Partner with primary responsibility for financial planning and structuring services to a number of national real estate developers. Mr. Berlinger graduated with honors from California State University at Northridge, from which he received his Bachelor of Science degree in Business Administration. He has been a participant in various real estate symposiums and seminars at the Kellogg School of Management at Northwestern University and the UCLA Anderson School of Management.

​Dr. C. DAVID ANDERSON; ​​Legal Counsel Advisor:
Mr. Anderson concentrates his practice in federal and state taxation, including litigation of tax controversies, with an emphasis on the taxation of partnerships, real estate, charitable organizations, and executive compensation. Mr. Anderson was named in "CHAMBERS USA, AMERICA'S LEADING LAWYERS FOR BUSINESS," in Tax, (2007 - 2010 editions) and in all editions of BEST LAWYERS IN AMERICA, published by Woodward White, Inc. (1987-2011)